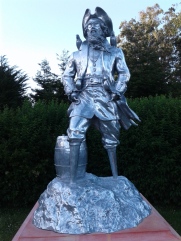 lives in Golden Gate Park about a block from Mat’s tiny San Francisco apartment next to a Pool of Enchantment. (I am not making this up. Even though it sounds pretty ridiculous. But that’s reality: pretty ridiculous.) He is a life-sized fictional metal person rendered in three dimensions by a skilled sculptor named Peter Coffin. He has two swords, two peg legs, two hooks for hands, two eye-patches and two seeing-eye parrots on his shoulders.

The pirate does. I can only assume that Peter Coffin has most of his original body parts and probably no seeing-eye parrots.

Here is the inscription in front of the pirate: 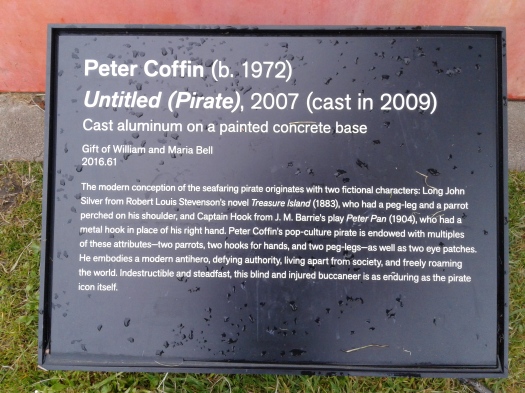 Maybe someday I will be a statue too, and someone will write nice words about me. But I’m not holding my breath.